Success is more than just doing the right things – you need to avoid common pitfalls on your journey as well. Many startups make grave mistakes that take them out of the game early on.

Make sure your business doesn’t end up the same way!

Here are some of the deadliest startup mistakes to avoid at all costs when running a small business in the early stages.

“Startups are always susceptible to a lot of challenges, and some are difficult to come back from. However, one of the biggest obstacles to overcome is lack of research. If you take off toward a new concept or into a different market without putting the work in, your chances of a positive outcome decrease greatly. Don’t be in a hurry – be well-informed with the proper data before you make any big moves.” – Ryan Rottman, Co-Founder and CEO of OSDB Sports

“Perhaps one of the largest mistakes a startup can make is not creating a monthly budget and runway plan. Without having a strong and detailed financial model, the respective startup will fade as quickly as it began. Most specifically, startups must determine their (1) marketing budget, (2) COGS budget (cost of goods sold), (3) Shipping costs, and (4) Employee/Contractor salaries.” – Jameson Rodgers, Co-Founder of CBDfx

“One of the biggest mistakes a startup can make is starting to sell a product and investing in large inventory quantities without testing the product/market fit. Specifically, startups must research and understand prospective demand before launching. A few ways to test the waters include:

–        Launching a singular product as opposed to a full product line

–        Setting all product(s) available for preorder before manufacturing them

–        Sending sample items out to friends and family for feedback”

“While creating a startup can be exciting in terms of being able to do things your own way and not having to answer to anyone, it’s important to remember that teamwork and collaboration can help propel your business forward as well. Even if you’re skilled in a number of areas, sometimes you just don’t have the bandwidth to handle everything yourself. Come to terms with this earlier rather than later so that you don’t run into burnout and a lack of productivity. – Joaquín Roca, Co-Founder and CEO of Minerva

“Startup founders sometimes live by the code of trial and error, but there are some mistakes that can stop your startup before it even begins. Being afraid to delegate can be one of those mistakes. Too often, startup founders are afraid to let go of certain tasks, even if they don’t have time for them or another team member may even perform them better.” – Dylan Fox, Founder and CEO of Assembly AI

“Hiring the wrong people for the job could have costly consequences. Employees who lack the skill set to properly perform their roles could hinder business operations.” – Dr. Robert Applebaum, Owner of Applebaum MD

“Lacking focus can be lethal for a new business. You might be tempted to switch things up at the first sign of trouble, especially if you are strapped for cash. But pivoting too many times before fully exploring the potential success of an opportunity can be disastrous.” – Eymel Daniel, Co-Founder of ForChics

“Trying to perfect every aspect of your business can lead to problems for the whole business. It might not be fun to work on less ‘sexy’ projects like website functionality when you’d rather be working on a fancy marketing campaign. But if you worry about perfecting areas of your business that are less likely to impact your customers’ experience or ability to purchase from you, you could be in big trouble.” – Benjamin Smith, Founder of Disco

“When your focus is constantly being diverted, it can be detrimental to your business. Working for a startup, it can be tempting to try to ‘boil the ocean,’ and do too many things at once. Focus on your core business and connecting with your organization’s most loyal customer base. Laying a strong foundation is critical to growth.” – Liz Tomic, CGO at Flying Embers

“If you don’t listen to your customers, your startup will inevitably fail. You have to ask for customer feedback and then actually implement what you can to improve your business. You might think you know your customers, but if you don’t ask them about themselves and what they need from your company, you may be making assumptions that could spell out disaster in the long run.” – Courtney Buhler, CEO and Founder of Sugarlash PRO

“Many startups fail to adequately research their market or customers. Without consistent consumer feedback, businesses are unaware of whether their actions are likely to succeed.” – Rym Selmi, Founder of MiiRO

“There’s this silly notion that failure isn’t an option at NASA. Failure is absolutely an option here. If things are not failing frequently, you are not innovating enough.” – Elon Musk, CEO of Tesla

“Failure is only the end of your startup if you decide to stop. Why not keep going?” – Richard Branson, Founder of Virgin Group

“Some entrepreneurs enter the startup world assuming it’ll be a walk in the park until they realize how much of their time and money are gone. People must consider the challenges of business ownership before starting a business to determine whether they have the ability to run one.” – Michael Scanlon, CMO and Co-Founder of Roo Skincare.

“Lack of financial planning can result in funding shortfalls that force startups to close. Businesses must budget accurately and remember to take taxes into account, so they have a sufficient amount set aside to cover what they owe.” – Haim Medine, Co-Founder of Mark Henry Jewelry.

“Sometimes startups make the mistake of expanding too quickly once they experience a period of growth. However, if that period was only temporary, these companies are left with a whole new set of employees and no money to pay them.” – Chris Vaughn, CEO of Emjay.

Startup culture can be harsh and unforgiving, Just remember these common mistakes moving forward and you’ll be far less likely to commit them. 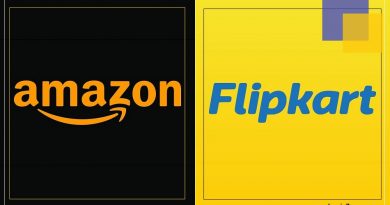 Tips for Online Shopping for Flipkart Sales and Amazon 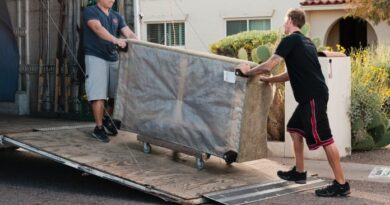 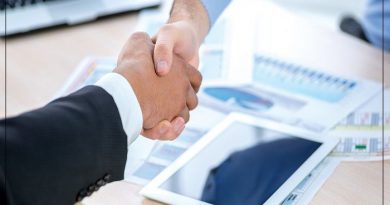